Winner of a Civic Trust Award, The Elements at Play, Brighton Jetty, is a 3 part installation that celebrates the physical environment. It heightens awareness of the wind, the waves and the sunlight through interactive components that entertain. The installation is an homage to Vivaldi. ‘Æolian Harp’ hums and sings in the wind. As the air movement varies so does the pitch and the volume. The invisible energies are made audible. Sky Lines plays with shifting patterns of sunlight and shade, across the deck and the water. It displays messages based on the International Code of Signals. Hydraulis Organ Pipes are attached to pylons at the end of the jetty. As the waves pass they create notes – the song of the sea. In a slow swell they speak the chord of C Major. Variations in wave energy produce variations in the volume and tempo of the organ sounds. Margaret Worth mentored Gavin Malone as a collaborating artist. 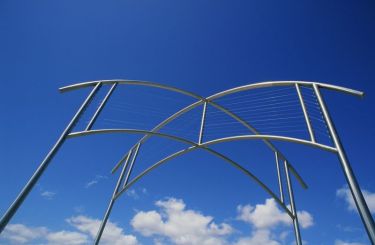 'The Elements at Play: Aeolian Harp' 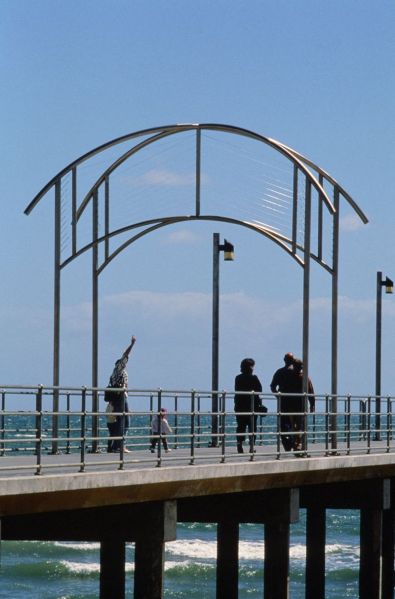 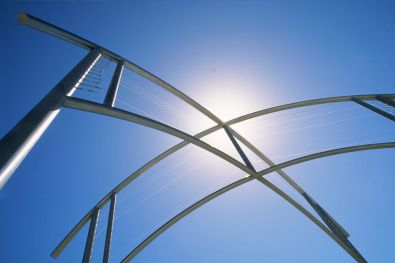 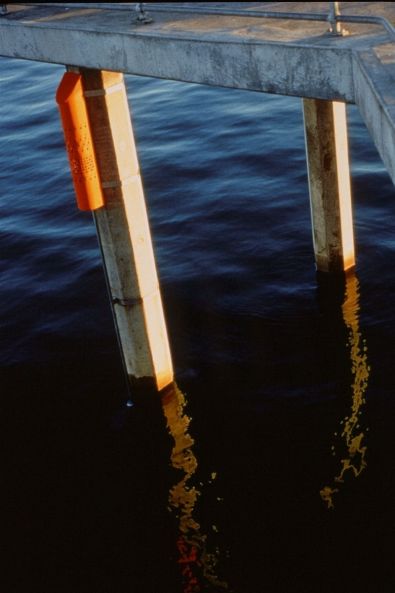 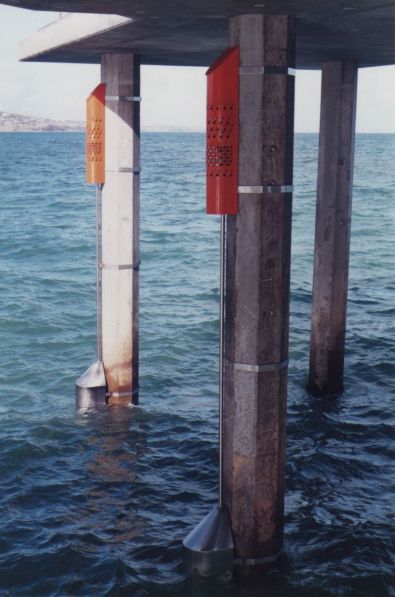 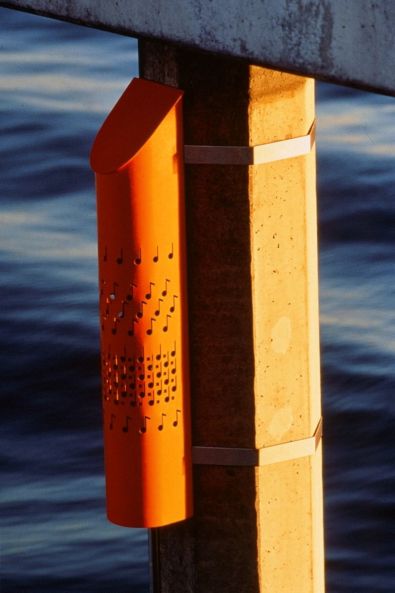 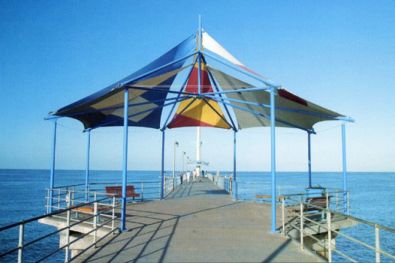 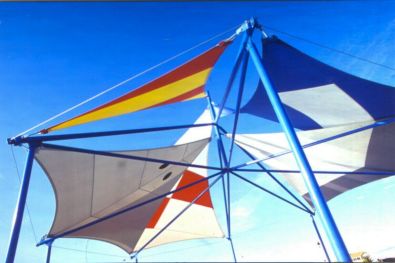 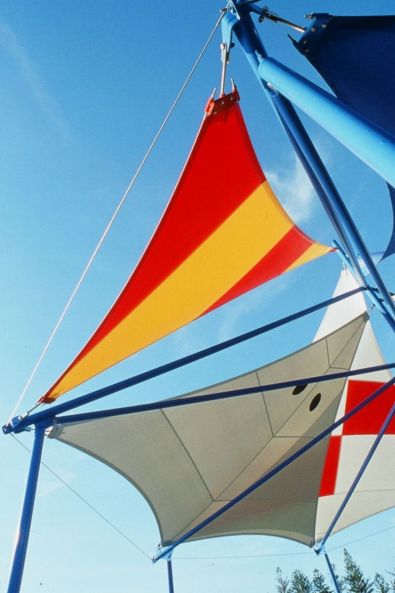 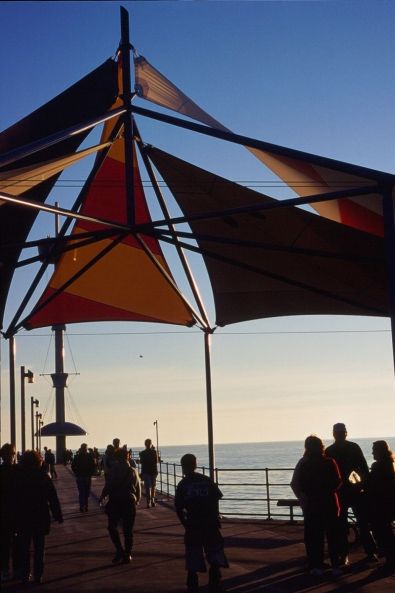 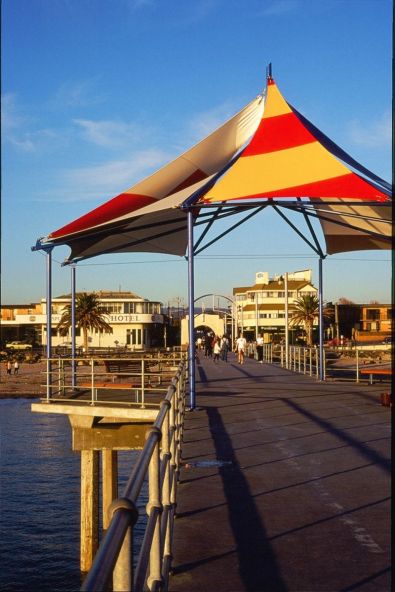 'The Elements at Play: Sky Lines' 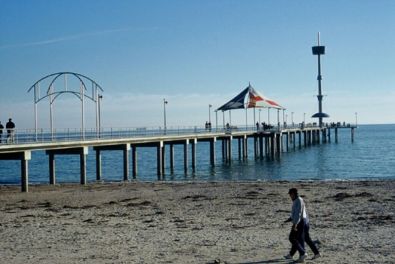 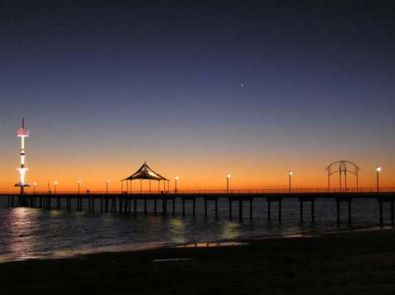 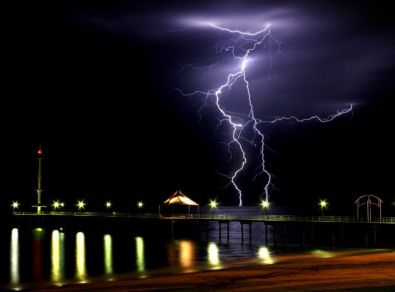