The artwork is a memorial to the meeting of Captain Flinders and Post Captain Baudin in Ramindjeri Ngarrindjeri Waters. It presents three worlds and three cultures, connected through wind and water. 1) Wind and water shape the land, which in turn shapes the culture. 2) The wind brought both Matthew Flinders of Great Britain and Nicolas Baudin of France to the shores of this land. 3) They brought with them the ‘winds of change’. The forms are based on ships’ rigging, the introduced species of the Norfolk Pine, and the indigenous Knobby Club Rush.

The centre pole, in the colours of the Union Jack, is topped by a cartographer’s arrow mounted above an octant. The arrow points to the location of the meeting at sea. The octant commemorates the brilliant navigation and charting skills of Matthew Flinders.

The pole in the colours of the Tricolor is topped by an anemometer and by billowing sails. These elements represent the means by which the ships came from Europe. There were extraordinary artistic and scientific achievements made in the French expedition led by Nicolas Baudin. The moiré effect in the sails is a reference to the bending of the earth’s magnetic field. This had to be taken into account for accuracy when drawing navigation charts.

The pole in green and yellow represents the common Knobby Club Rush that grows along the coastline. Bending but not breaking under the force of the prevailing wind, it celebrates the endurance of the land and the Aboriginal people. At times the wind may produce an Aeolian sound in the cables. It is a reference to Ngarrindjeri singing of the land. 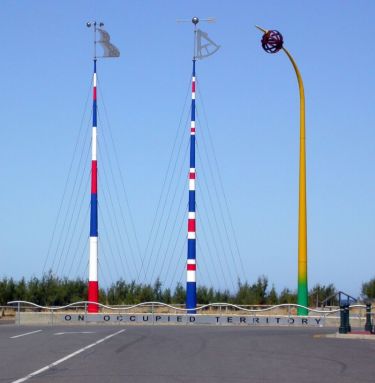 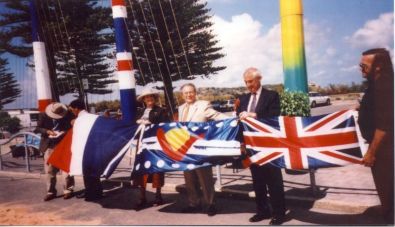 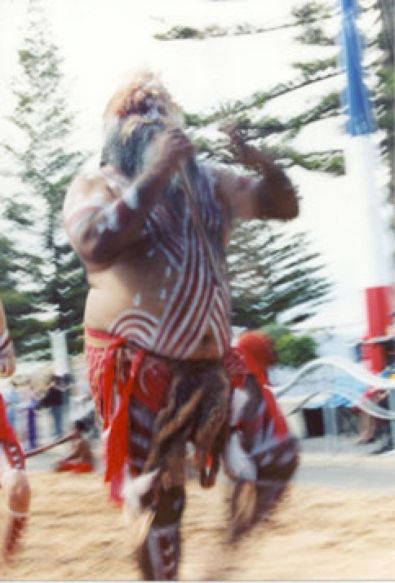 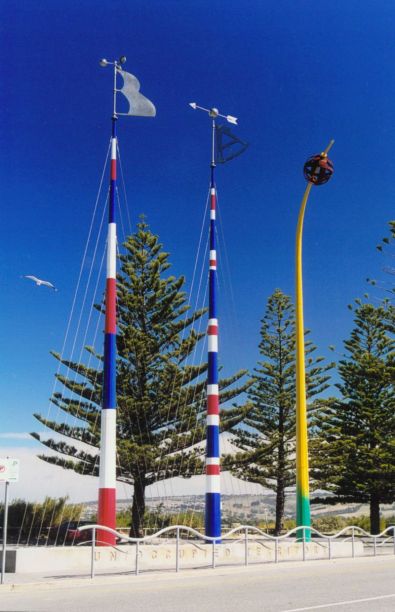 'On Occupied Territory'
installation
© Margaret Worth 2020