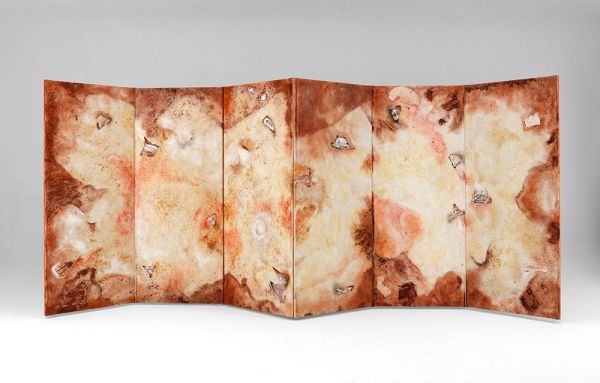 The works re-present geological, biological and cultural accumulations with a sprinkling of star dust. (“This stuff, still holding its ancient grains of primordial stardust, settles on Earth at a rate of one magical speck per square meter per day. Hannah Holmes, The Secret Life of Dust, publ. John Wiley & Sons Inc. 2001)

The story of Dust ranges from the cosmos to the kitchen to the invisible and infinitely small. One exhibition work refers to the highly visible 2009 dust storm that swept away the ancient sands in the centre of Australia. Other works refer to domestic environments whose dust reveals the secret life of the inhabitants. And another work refers to possible pre-life forms (diatoms)  that in reality are infinitely small, but are presented here in macro-scale.

The current study of Dust raises comparisons of collection and formation as processes, and how they interconnect under pressure, e.g.rag particles into paper and sand particles into rock formations. The materials for the artworks are all originally dusts; they are particle board, collected house dusts, powdered graphite, mineral powders, 100% rag paper, sand and constructed forms in mild steel with silver brazing.

As dusts become forms and then dusts again, the meaning of mortality is exposed. 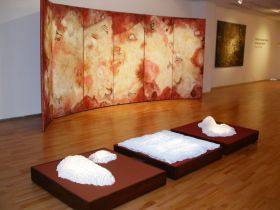 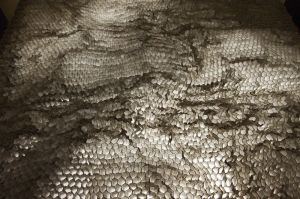 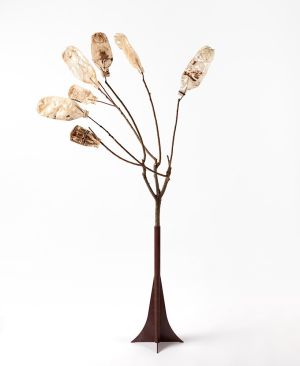 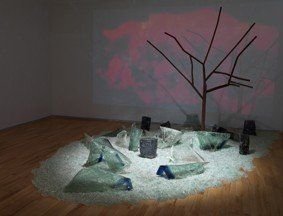 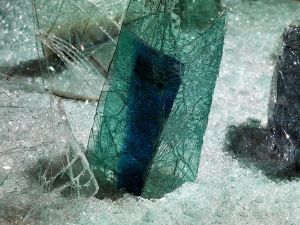 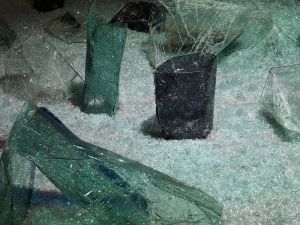 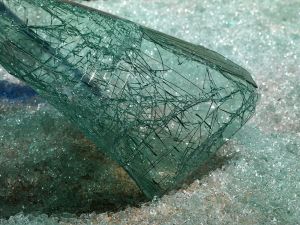 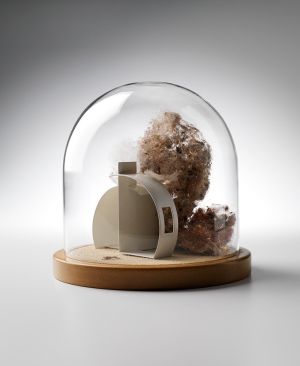 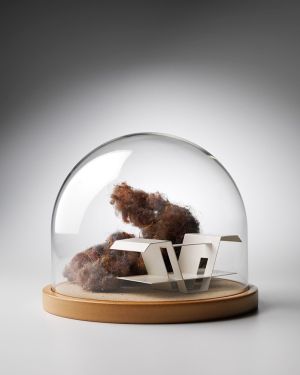 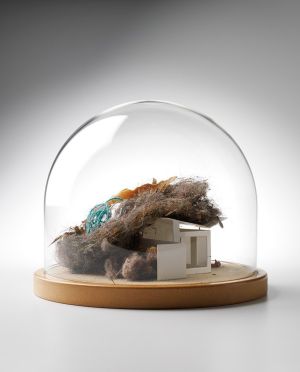 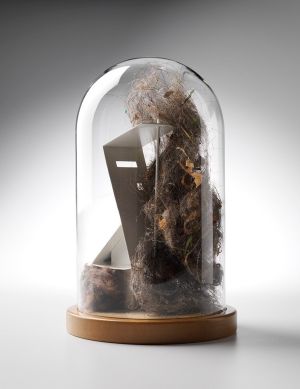 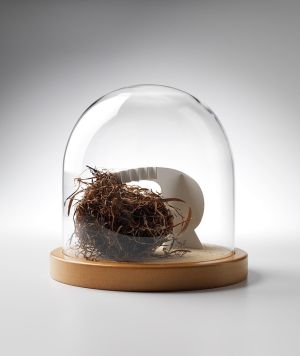 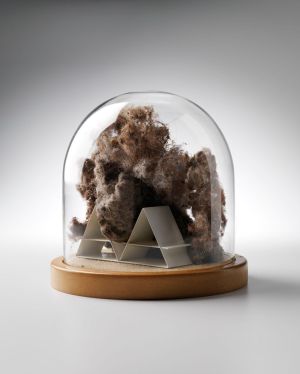 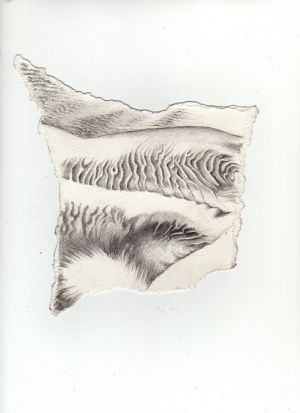 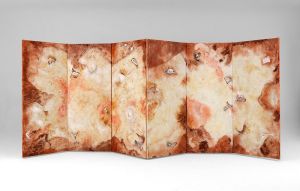