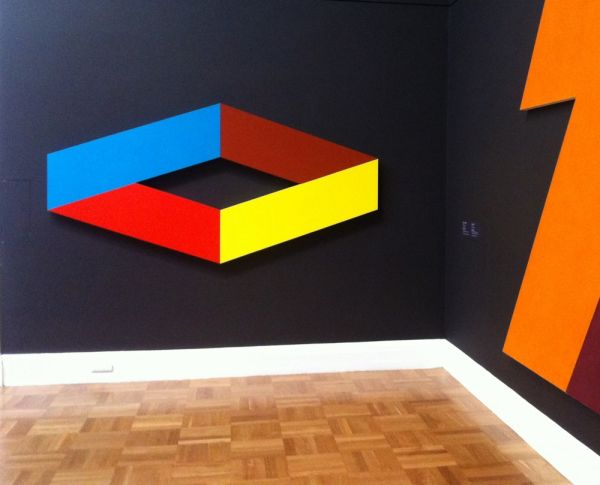 I saw abstraction as a universal language. The visual power of tribal artworks convinced me that pure form and colour could reach everyone.

In 1966 in Melbourne, in the exhibition ‘Two Decades of American Painting’, I saw Kenneth Noland’s chevron and target paintings and embraced them as a guiding direction. America in the 60s looked to the Moon and beyond. It was a time of great optimism and I wanted to celebrate it.

It was also a time when theories in science about matter, time and space were undergoing fundamental changes. The new theories were thrilling, they marked the time and called for a new visual language.

The simple idea of the Mobiüs Strip promised a way of celebrating through art. The new works erupted into being as rhomboids and parallelograms with an ‘oblique’ reference to the Mobiüs Strip.

Form and colour were to be as one. I had the forms made in marine plywood and painted them with many very thin layers of pigment. The layers were absorbed into the surface of the plywood. It was as close a marriage between form and colour as could be achieved.

The new works called for new titles. The Lynnaeus system was a reference and ‘Genus 1’ became the new ‘species’ of artistic idea. Nos. 1, 2 and 3 etc referred to the artworks within each idea type. It was a system without emotional or cultural colouration, in keeping with the idea of pure colour form.

The work still sings, with all the optimistic idealism that marked its time. 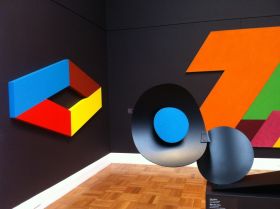 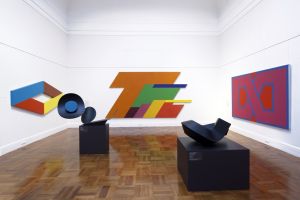 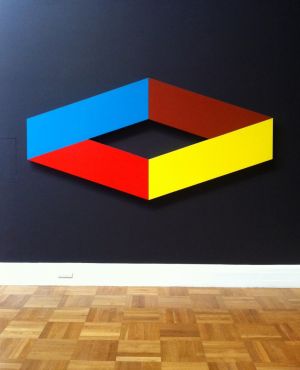 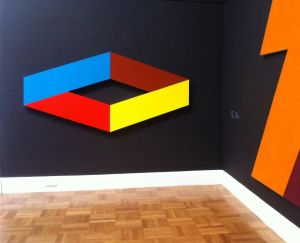